Nothing is handed to you. If you want something, you have to work for it.”
Greg McNeal lives by these words. It was his patience, faith, and a lot of praying that led him to where he is now: Proud family guy, and part owner of Hybrid Impact Fitness, a studio style fitness center in Kennesaw, Georgia.

As a star basketball player at William Howard Taft High School in Chicago, Illinois, and placing number five in the nation on East West University’s basketball team, Greg had dreams of becoming a professional basketball player. Not only was Greg a leader on the court at East West, he was a boss with his books, studying General Business.

Business was embedded in Greg. He worked at Champion Technologies where he built oscillators for cellular phones

. His productivity was so impressive that the company created a third shift where he could work without a supervisor. He also worked at a Westside Chicago community center where he was an outreach specialist for troubled youth and a career trainer for adults. Greg credits his first boss for being hands-on, and encouraging him to succeed. Greg went on to open a barbershop and restaurant at the age of 23.

“If I could do one thing differently in my life, I would have never surrounded myself around negative individuals,” Greg says.

Greg is extremely grateful for the second chance to see his children strive and achieve what he was unable to attain. He was also able to marry the love of his life, Samone McNeal, in beautiful Hawaii.

While establishing his new foundation in Atlanta, Greg attained his Personal Training Certification through AAAI/ISMA. During this time of his life, he was at a low and wanted to find himself again. Greg knew that he did not want to work in Corporate America; His calling was to help others. On his journey, he met Greg Pointdujour who was General Manager at LA Fitness

at the time. The two connected instantly.

One day Greg approached Greg Pointdujour with the idea of opening a fitness studio. Both felt that Kennesaw would be the perfect location for a more personal fitness center that did not feel as overwhelming as L.A. Fitness or Gold’s Gym. Greg and Greg became a force in their community by opening Hybrid Impact Fitness. Greg’s plans for Hybrid Impact Fitness are to establish a chain of studios, as well as create job opportunities

for people who have a passion to work in the field of fitness.

“Remain dedicated to your passion, “Greg says, “You will never see its possibilities until you devote yourself to it.” 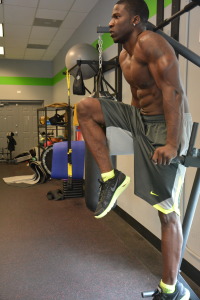 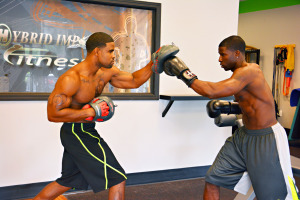