“It all came together in the end.”

This is how Greg Pointdujour describes the road that led him to the formation and opening of Hybrid Impact fitness, a studio style fitness center in Kennesaw, Georgia.

When Greg was captain of his high school’s football and track teams, he learned what it took to be a leader and what it meant to be part of a team. It was his leadership qualities he attained in high school and the value he placed on education that earned him a football scholarship to Dean Junior College in Massachusetts.

After receiving his Associate’s Degree in Business Administration, Greg later attended Jacksonville State University where he became a member of Omega Psi Phi Fraternity Incorporated and received a Bachelor’s of Science degree in Business Management. Growing up, Greg had dreams of becoming a NFL running back, but after being sidelined due to a foot injury prior to Jacksonville State University, he soon realized that very few make it to the pro level in sports.

Greg’s business background prepared him for a future in entrepreneurship. Greg always knew he would own his own business, but he didn’t know what it would be. So, he combined his passion for sports and fitness, his love for the youth, and his experience in personal training, and turned them into a career.
After college, Greg worked at LA Fitness as a Training Assistant Manager for six months before being promoted to Training General Manager. For two years, he operated the Personal Training Department, managing and developing a 14-member team. He also started Empower Fitness, a home training company.

During his successes at LA Fitness, Greg had a spiritual enlightenment during a mission trip to Jacmel, Haiti. His enlightenment revealed he would soon leave his corporate job at LA Fitness. Refusing to be stuck in a “rat race” and tired of working a traditional 9 to 5 job, Greg set his sights on changing lives through fitness. After being approached by his business partner, Greg McNeal, with an opportunity to leave a footprint in the fitness arena within the Kennesaw area, Greg was given the confirmation and inspiration he needed to walk by faith to bring his vision and goals to life.

As co-owner of Hybrid Impact Fitness, Greg is able to focus on what he loves most; helping people improve their physical health. He credits his first boss with helping him better understand the business side of running a training business and how to attract and attain a loyal client base. His learning experiences have helped Hybrid Impact Fitness earn a favorable reputation within Kennesaw.

Greg’s goal for Hybrid is to continue to grow and impact the community at every level, from the young athletes who are trained and coached, to the adults who seek help getting fit though one-on-one personal training, and group fitness classes. He also plans to become a force in the Kennesaw community by partnering with businesses, schools, and non-profits.
“I am extremely proud of the work Hybrid does with the youth because they are our future,” Greg says, “We are equally as excited to work with adults to encourage healthy living because we know that children will follow their footsteps. We must make an impact at every level.” 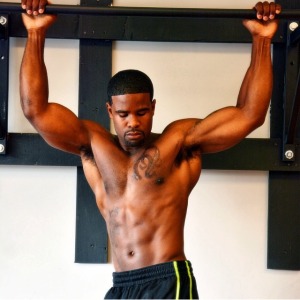